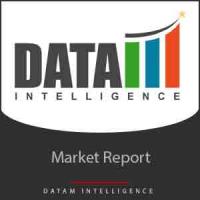 
(LegalLaw247.com, November 05, 2019 ) Market Overview
• The growing urbanization coupled with the increased demand for in-city transportation all around the world is anticipated to drive the Monorail Systems Market in the forecast period.
• A monorail is a railway in which the track consists of a single rail or a beam. The term is also used to describe the beam of the system, or the trains traveling on such a beam or track. Monorails have found applications in airport transfer and medium capacity metros. Vehicles either are suspended from or straddle a narrow guideway. In most cases rail is elevated, but monorails can also run at grade, below grade, or in subway tunnels. Monorail vehicles are wider than the guideway that supports them.

Market Dynamics
• The global Monorail Systems Market is primarily driven by growing urbanization coupled with the demand for mass transit is increasing to ease congestion and traffic in the cities. The common transport for the city dwellers is the metro. Hence, governments all around the world are investing heavily in the metro transportation to cover larger areas of cities so that people can commute easily. In 2018, the most urbanized regions were: Northern America (82%), Latin America and the Caribbean (81%), Europe (74%), and Oceania (68%). While Asia has only about 50% level of urbanization, it is home to 54% of the world's urban population. Africa, with an urbanization level of 43%, at world level is on par with Europe, representing 13% of world's urban population. The urban population increases considerably faster in developing regions than in the developed ones.
• However, lower passenger Capacity than other transportation systems (like buses, metro, and light rails) and the high initial cost of deployment are the major factors that will be hampering the growth of Monorail Systems market.


Geographical Analysis
• By geography, the global Monorail Systems Market is segmented into North America, Asia-Pacific (APAC), Europe, South America, and the Middle East and Africa (MEA).
• APAC holds the largest market share for Monorail Systems Market due to the rapid urbanization coupled with demand for in-city transportation. The countries like India, China, Korea, and Japan are the majorly contributing to the growth of the market. Currently, when Mumbai is rolling from the beginning of this year, the other major cities are busy to streamline the process for their monorail projects too. Delhi, Bangalore, and Kerala have already submitted their Detailed Project Reports (DPRs) and got approval for the same, whereas Chennai has floated the technical and financial bids for its phase I to cover 57km at an estimated cost of Rs.8,500 crore. While Chennai's initial plan was to cover 111km of the city's periphery in the first phase, the government later dropped the plan of including the Vandalur-Puzhal (54 km) corridor.
• However, Europe is after APAC in terms of the market share of Monorail Systems Market due to increase in demand for transportation, which is pollution-free as electric monorail is the perfect solution. Countries like Istanbul has largest monorail network in Whole Europe, and other countries are investing in monorail projects. Istanbul started the process of building the largest monorail network Europe has ever seen. Covering 47 kilometers (29 miles) and ultimately carrying 200,000 passengers a day.


Competitive Analysis
• Key players are adopting strategies such as investing in R&D, new product launches, expansion in distribution channels to stand out as strong competitors in the market. Global Monorail Systems Market is a fragmented market with the presence of various global and regional players in the market. The major players include Thales Group, Alstom S.A., Hitachi Ltd, Bombardier Inc., and Scomi Engineering BHD. Other key players in the market include Siemens AG, Mitsubishi Heavy Industries Ltd., Urbanaut Monorail Technology, erobus International, Inc., and Intamin Bahntechnik.


About Us
DataM Intelligence was incorporated in the early weeks of 2017 as a Market Research and Consulting firm with just two people on board. Within a span of less than a year we have secured more than 100 unique customers from established organizations all over the world.
For more information:
Sai Kiran
Sales Manager at Data M Intelligence
Email: info@datamintelligence.com
Tel: +1 877 441 4866
Website: www.datamintelligence.com