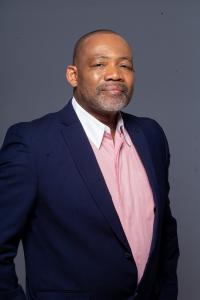 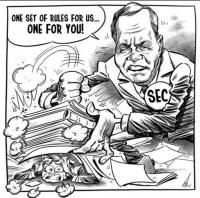 
(LegalLaw247.com, June 19, 2020 ) Charlotte, North Carolina -- Solomon RC Ali, businessman, self-made millionaire, and President of Revolutionary Concepts Inc., (REVO), plans to file a $1.3 billion lawsuit against the U.S. Securities And Exchange Commission (SEC) for allegedly costing his companies tens of millions in lost revenues, violating his civil rights, defamation and engaging in racist practices against him as an African American.

In April 2018, the SEC filed a civil Complaint (lawsuit) alleging REVO and Solomon RC Ali, violated certain federal securities laws. Ali denies the allegations in the Complaint as false, inaccurate, and misleading. Ali alleges the Complaint made against him was baseless and without any merit; and the SEC has not provided proof to support their allegations. Although the SEC has offered to settle the case on certain undisclosed terms, Ali states, “I chose not to settle, but to defend my good name, character and reputation; and elected to defend myself by asserting my rights under the U.S. Constitution and have my case go to trial by jury and settled in court.”

Ali alleges the SEC has used harassment, high pressure, ambush investigative tactics and racism to further their case against him, and in doing so has violated his constitutional and civil rights. Repeated physical violence against African Americans by racist police officers and other racist parties embedded within various organizations and government entities that we are all forced to deal with, and who carry their own biases, are part of a systemic racism against African Americans that continues to deny them their basic rights of life, liberty and the pursuit of happiness in the United States. Mr. Ali, a prolific author and frequent media contributor, has written extensively about the need for the African American community to build wealth in order to hold power in the United States. He views the issue of police violence against African Americans as an inevitable result of the institutionalized racism preventing black people from building wealth.

“Whether it’s the police, the prison system or the SEC, government run agencies have got to get off the necks of African American citizens and let us live, breathe, create and prosper in peace,” added Mr. Ali.

Mr. Ali contends the SEC is engaged in a racist “witch hunt,” and there are numerous other documented false statements, false claims, inaccuracies and disputed facts in the civil Complaint and the Partial Motion For Summary Judgement filed by the SEC in a misguided effort to falsely accuse and defame him, and violate his civil and constitutional rights, in their attempts to increase their amount and track record of prosecuted cases. This can only be described as institutional racism.

From the very start, Mr. Ali believes the SEC pursued a threatening and racist approach to the case. Faced with the heavy burden of six figure legal fees, the other two defendants in the SEC’s civil complaint expressed a desire to settle with the SEC. As part of that settlement, Mr. Ali was compelled to sign a Tolling Agreement that extended the five year statute of limitations on the matter and allowed the SEC to file the Complaint. This amounts to putting gun to Mr. Ali's head, forcing him to sign the Tolling Agreement. The Defendants were told by the SEC that signing the Tolling Agreement was mandatory for all of them, or else the SEC would not engage in any settlement offers with any of the individual parties, and they would all be forced to go to trial. Ali objected to signing the Tolling Agreement and did not want to participate in any settlements with the rest of the Defendants. Ali told the other Defendants and his previous attorney, that he was being forced to sign the Tolling Agreement under extreme duress, intimidation, and coercion by the SEC. The two other Defendants acknowledged this fact, and each filed an Affidavit or Declaration with the U.S. District Court in Atlanta confirming Ali’s allegations.

The SEC is one of the most powerful agencies in the U.S. Yet, Mr. Ali contends that they have a history of using their significant authority harshly against African American defendants while failing to investigate serious issues from wealthy, well-connected white defendants. Former SEC Chairman Christopher Cox had recognized the SEC’s multiple failures in relation to the $64.8 billion Bernard Madoff fraud case. In a New York Times article, Mr. Cox said, “I am gravely concerned by the apparent multiple failures over at least a decade to thoroughly investigate these allegations or at any point to seek formal authority to pursue them.”

“Justice delayed is justice denied. I will not continue to stand silent for a minute longer as the SEC baselessly attacks my business and my character. I will fight this to the Supreme Court if necessary, to encourage fundamental structural reform at the SEC so no other African-American businessperson will be put through what I have endured,” added Mr. Ali.

Mr. Ali has engaged the services of two prominent and powerful law firms, one in Washington, DC and another in Los Angeles to represent him in his case against the SEC. He prays that he will be exonerated, and justice will prevail.

About Solomon RC Ali
Solomon RC Ali is a businessman and self-made millionaire and owns the Solomon RC Ali corporation, which provides business and financial consulting services to privately-owned and publicly traded companies relating to the public markets and Mergers & Acquisitions. He has experience as an investment banker, financier, started a private equity firm and is a consultant to entrepreneurs. He personally managed and completed over 140 mergers and acquisitions in his career. For more information visit: www.solomonrcali.info/

About Revolutionary Concepts
Solomon Ali is President and Director for Revolutionary Concepts Inc., (REVO), and strategically helped the company obtain the exclusive Licensee Eyetalk 365 LLC, with its patented security alarm and mobile video communication technology. Eyetalk 365, (the exclusive licensee), has licensed its technology to many companies such as, Axis, CPI, Sky Bell, and RING (owned by Amazon) and many others. The patented technology is used in today’s smart homes utilizing two-way audio/video communication via devices that are triggered by a motion sensor which sends the signal to a smart device such smart phone, computer, panel or iPad or other smart devices.