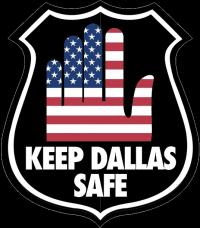 
(LegalLaw247.com, December 09, 2020 ) The allegations about Chief Hall outlined in Otherside Dallas’s piece from 12/9/20 are disturbing and merit a full investigation by Dallas Police Internal Affairs and the Texas Rangers.

If Chief Hall and Dominique Alexander, a convicted child abuser and accused domestic abuser, are indeed romantically involved then this would be a major conflict of interest and a complete dereliction of duty on the part of the top law enforcement officer in our city. There has been at least one credible incident where Alexander has used his close relationship to Hall to intimidate the victims of his abuse, and used this to wriggle his way out of yet another domestic violence conviction. The relationship between Hall, Broadnax and Alexander is brow-raising at best, and more likely, an egregious example of obstruction of justice.

What we can say with 100% certainty is that Dallas leaders are compromised in their ability to address the threat posed by Alexander and Next Generation Action Network. They have been allowed to harass Dallas residents and businesses without any repercussions seemingly because they are being protected by T.C. Broadnax and Chief Renee Hall. An example of this protection was on full display during the October rally held by Keep Dallas Safe. Dominique and several of his followers were allowed to harass, threaten and disrupt our rally attendees and speakers. KDS was working in conjunction with the Dallas Police Department in the weeks and hours leading up to the event and were assured the safety of those in attendance would be guaranteed. Instead, all DPD officers in the area, including those hired by KDS to act as private security were “Called off” by Chief Hall, and the disruption was allowed to continue unabated. We’ve asked for an explanation to no avail.

The question now is -why was Dominique Alexander a major part of the Chief selection process which hired Hall in the first place? Why is city leadership AGAIN allowing a convicted felon to choose our next police chief?
Keep Dallas Safe was assured by Assistant City Manager Jon Fortune that Dominique Alexander would 100% not be involved in the selection process for Chief Hall’s replacement. However, NGAN is on the official list of invited organizations, under “Police Oversight and Cultural Diversity”. Alexander, listed as the director for NGAN inc. undoubtedly has a role in the selection process. This is unacceptable.

1. Chief Hall must step down immediately pending an investigation into allegations of obstruction of justice.
2. The City of Dallas must cooperate with Texas Rangers and Dallas Police Internal Affairs for an exhaustive investigation of these serious claims.
3. Next Generation Action Network must immediately be removed from the list of groups invited to participate in the chief selection process.
4. T.C. Broadnax, who oversaw the shambolic selection process for Chief Hall and ignored the obvious increase in violent crime this year, must immediately resign.

Dallas residents deserve city leadership that works for all people, not just those considered “friends”.

For more information, go to http://www.KeepDallasSafe.org .