Coach accused of physical, mental and verbal abuse of athletes 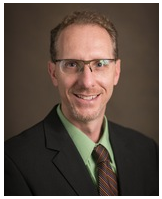 
(LegalLaw247.com, February 16, 2021 ) Liberal, KS -- On Jan 28, Saints coach Jason Sautter was suspended on paid leave for one week.
Multiple current and former basketball players from Seward Community College have accused Coach Sautter of creating a hostile, intimidating and offensive environment. Players say his behavior causes fear and intimidation by belittling and humiliating them. Extreme verbal abuse including obscenity-laced ephilets often occurs with these young impressionable athletes seeking mentorship. Players say Coach Sautter regularly screams F-bombs in their faces during games and practices. While on the road, one parent witnessed Coach Sautter scream to the kids "Get the F*** outside."

Players say Sautter regularly threatens them with physical harm. He told one player to "shut the f*** up or I'll slap the sh** out of you." Players state that Sautter frequently tells the team he physically wants to fight them. Another player spoke of Sautter taking his personal items out of his locker and refused to give them back until he ran 10 miles and threatened him with a physically altercation. This player has left the team.

Players question Sautter's mental stability and fear for their safety as they witnessed him bang his head repeatedly on an object in the weight room. After interviewing players personally, President Ken Trzaska said in a press release "We believe in Coach Sautter." What does that say to the the players that have been abused and degraded. Who can they turn to without fear of being further targeted. In the aforementioned press release, it states that Sautter was suspended for violating school policy but does not speak of what exact policy was violated. Is one "paid" week of suspension given by President Ken Trzaska another example of rewarding bad behavior.

Too often this type of misconduct from head coaches is accepted as school officials support abusive, neglectful and unacceptable behavior by downplaying it or looking the other way.

The issues at stake here are much bigger than any one coach, player, or program. Tolerance of abuse and bigotry as "motivational," and more egregious abuses by coaches and faculty, must not be tolerated and should be thoroughly investigated.


About A Media Management:
A media management is a media and management company and is headquartered out of Philadelphia, PA.