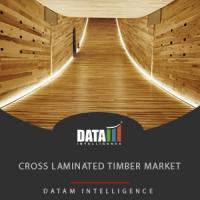 
(LegalLaw247.com, September 12, 2019 ) Market Overview
• Cross-laminated timber is a prefabricated, large-scale, solid engineered wood panel. Cross-laminated timber panel consists of multiple layers of kiln-dried timber boards arranged in alternating directions, bonded with structural adhesives as well as with dowels or screws or using aluminum nails., and pressed to form a stiff, straight panel.
• Each layer of boards is oriented perpendicular and then glued as the name suggests cross laminated on the side faces of each board, usually in a symmetric way so that the outer layers have the same orientation.
• These panels consist of an uneven number of layers usually three, five or seven and may be polished or prefinished before shipping. Panel thickness is usually in the varies from 50 mm to 300 mm, and their size varies from 1.2 to 3 m in width and 5 to 15 m in length.